Women's Elitserien to have Pool Play

This fall, matches will be played between nine teams in the women's elite series, as KFUM Göteborg previously announced their decision to drop out of the league. Now it is clear that there will be three pools with pool games and two series for the ladies next season.

"The competition management for Elite League Association wishes to implement pool play matches divided into three groups for Elitserien women, as well as matches in double series against teams not in your group. During this past season, we have introduced more matches, compared with previous years when the teams only met home and away once each during the season. Within your group, you will play home and away twice," says Paul Engström of competition management.

The competition schedule is in full swing to be established as soon as possible.

Read more »
Courtesy of Meghan at 4:34 AM No comments:

GVK continues to strengthen its women's team with another talented young player in Elin Andersson, 19 years old. Elin comes from GVK's developmental team who last season played in the Allsvenskan league. Elin Andersson has also been training with the elite team last season, where she has made quite a positive impression, securing her first elitserien contract.

We are very pleased with that Elin signed for GVK. She is yet another in a recent series of players from GVK's youth that have earned a place in the A-squad. 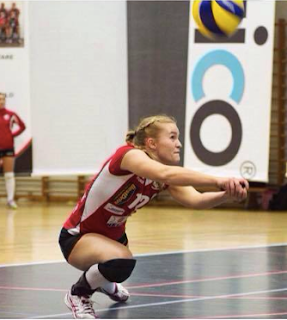 Read more »
Courtesy of Meghan at 4:00 AM No comments: 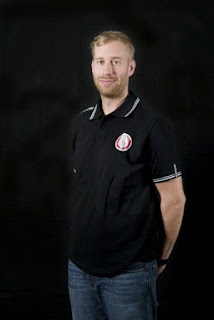 Name: Daniel Magnusson
Age: 29
Lives: Gislaved
Playing Experience: Ljungby VBK 2002-2005, LVBK beach volleyball 2002-2005, KFUM Jonkoping 2006-2007.
Coaching Experience: Ljungby VBK Youth Coach 2004-2006, Småland District Team Coach in 2005; from 2008 to 2012, he was a trainer in various roles including head coach of Ljungby's elite team before he came to Gislaved VK last season. In addition, he has coached college teams from the United States in various international tournaments in Europe alongside Bring it Promotions. He has also coaches a summer camp in Alaska and held skill sessions at Jacksonville Juniors in Florida.
Hobbies: Travel; I love cities with a lot of culture and history.

Read more »
Courtesy of Meghan at 2:06 PM No comments:

Gislaved Volleyboll Klubb has signed a contract with Terese Bengtsson. Terese comes from GVK's junior team who last season played in Allsvenskan. GVK continues to work long-term to give our own players the opportunity to develop to become elite players. Terese is a young player, with great potential, and we very much look forward to seeing her continue to develop.

Jessica's rehab training has gone so well that she has chosen to renew the contract. 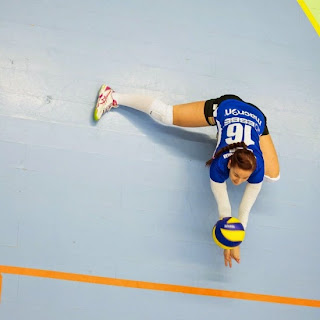 After a year of problems with injuries Jessica is ready for a new start with GVK this fall.

"It feels great now, my craving for volleyball has come back after a good rehab workouts and I feel strong and ready for a new season. It will be very exciting to see what we can achieve with the new coach and new players," says Jessica. 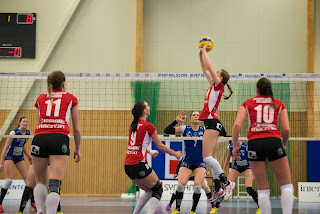 It feels good that we agreed to continue her contract and that Meghan Sherman will stay with us for the 2015/16 season. Sherman is very serious about volleyball and is passionate about her job and is a fine example for the club's youth players. In addition to her role in the Elitserien team, Meghan is also important for us off the court and we hope to get even more benefit from her leadership in the upcoming season.

We salute Meghan Sherman and give a warm welcome to Gislaved Volleyboll Klubb.

Read more »
Courtesy of Meghan at 8:15 AM No comments:

Assistant coach takes over | GVK takes in a new spiker
Daniel Magnusson is close to signing for Gislaveds VK.

At the same time, the club has signed serve receiving-spiker Hanna Salomäki.

"I look forward to building on what Dick Runnesson has built up. It will be fun to develop it."

Gislaveds VK has an oral-agreement with Magnusson, but he is expected to sign shortly.

Hanna Salomäki is already clear to Gislaved Volleyboll Klubb. She is a serve receiving-spiker. Something to build the team around. She is 20 years old and merited from the Finnish junior national team. She also belonged to the training squad for the Finnish A-team.

"There is a type of player we have been looking for to raise the level on the left side. We wanted to have a European player and Hanna was a great fit."

Finland's Highest League
"She is good in defense, have good pressure when she attack and is a very fit athlete."

She has most recently played for Piekfamala in the Finnish top league.

"Age-wise, she fits nicely into GVK and it is good that the club would look a little different. There are many American players in the series and getting into a Finnish player sounds exciting," says Magnusson.

Magnusson was most impressed by Salomäkis defense and reception.

"She moves well and has good ball control. Despite her young age, she is a smart offensive player and can go both on the cross-court and line, as well as different tempos. It's good for the club to bring in a winning player. She is young but is used to winning and has a drive to win. It's a winner that wins."

She has won the Finnish Cup and was named the best player in the final. And she was selected to the All-Star team in Nordic Junior Championships and has been named one of Finland's best junior beach players.

"GVK is very welcoming, helpful and excited to have me as part of their team," says Salomäki.

How would you describe yourself as a player?
"I am a good back row  player and I'm sure I can get the players to be extra motivated to play defensively and help them with passports are."

You are not so tall to be a outside hitter, how does that affect your game?
"I'm shorter than most attackers on the outside so I try to have many options at the net. Being a calm and smart player will be important for me to help the younger players on the court and hopefully they can trust me. "

Courtesy of Meghan at 3:28 PM No comments:

Gislaveds VK has found what they're looking for. 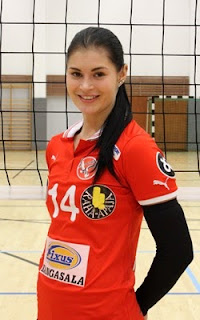 Hanna Salomäki is a serve-receiving spiker. A player to build the team around. 20 years old. Member of the Finnish junior national team, Salomäki also belongs to the training squad for the Finnish A-team.

"This is a player we have been searching for to raise the level on the left-side. We wanted a European player and then Hanna fit the mold."

Lars Englund has seen her on video.

"She is good in defense, has good pressure when she attacks and is a very fit athlete."

Learn more about Salomäki and Gislaveds VK's future on Tuesday.

Right-player Mathilda Carlsson has chosen to sign on for her 4th season with GVK Elit. Mathilda will bring a strong attack to our right-side and the club is very excited about her choice to continue.

Hi Mathilda. We are delighted that you have decided to sign on for another season. You were number two to write on and thought to ask a few questions to get to know you a little better.

What are you looking forward to next season?
I look forward to developing even more next season. I feel like I have much left to give. It will be really fun with some new ideas and changes. Then you will see the excitement over which team we will have 😊

What do you think you can bring to the team?
What I most contribute with is probably a happy and positive atmosphere in the team. I love to laugh! Haha. Game-wise, I do not know, maybe my strength in attack.

How long have you been playing volleyball?
I started playing volleyball in Smålandsstenar when I went in 6th grade in middle school, so there will be approximately 11 years, with a 2 year break after high school. This will be my 4th season at the elite level.

What made you chose GVK?
After we graduated high school, we lost many players from my girls' team in my hometown Smålandsstenar, so we had no team left. During that time, I had no where to play. Two years later, however, my craving for volleyball was so great that I tested it in GVK's B team, and was immediately hooked. GVK is the club geographically closest to me after the SVK. Then I had of course also my best friend Cecilia Åsberg who had gone to GVK the previous year, so that was another contributing factor.

What is the best thing about volleyball?
What is the very best of volleyball is that something is happening all the time. Agree with Lisa where it is the ultimate team sport!
Read more »
Courtesy of Meghan at 4:23 AM No comments: 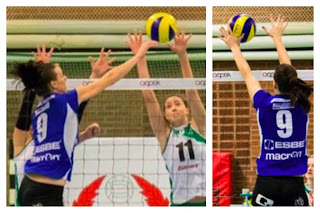 Lisa Tannerfalk is ready for another season with Gislaved Volleyboll Klubb. Lisa finished last season ninth in the league with 45 blocks, and added 84 attacking points during the regular season.

We are delighted that Lisa has chosen to stay to continue to develop with us.

Read more »
Courtesy of Meghan at 8:18 AM No comments: